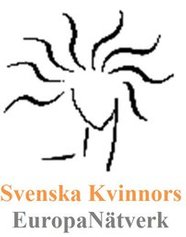 The Swedish Women’s European Network (SKEN) was established in 1994, Sweden joined the European Union (EU) in 1995. This Network is an independent association for women in Sweden interested in European issues – a forum for discussions and exchange of expertise.

Through debate, seminars, study visits and information we want to

The Swedish Women’s European Network (SKEN) arranges seminars about current EU issues and functions as a collective and persuasive power. Furthermore it is a member of the Sweden’s Women’s Lobby which is represented in the European Women’s Lobby (EWL), an advisory body within the EU. In this way SKEN reaches key decision groups at the EU level and many women’s organizations throughout Europe.